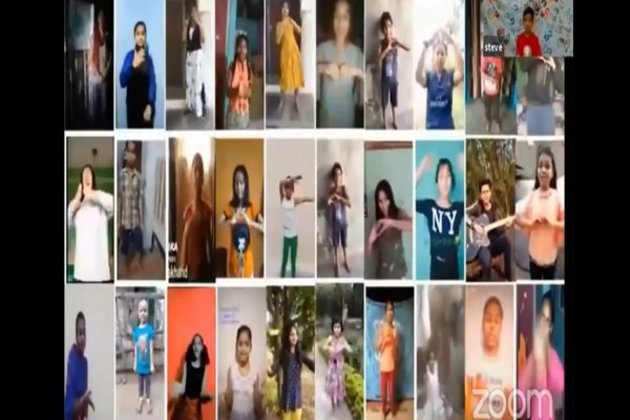 By Sean Colin YoungNew Delhi [India], May 26 (ANI): The COVID-imposed lockdown has failed to dampen the enthusiasm of children associated with various child rights movements and organisations across the country who have joined their counterparts aboard in a global relay climate strike to push governments to declare a climate emergency.

What began as an expression of discontent to the disregard displayed by governments on the climatic changes experienced in the world, by 16-year-old Swedish climate activist, Greta Thunberg, has now become into a large movement powered by like-minded adolescents.

Young climate activists across the world are following Thunberg lead, who grabbed the world's attention by skipping school every Friday to sit in protest outside the Swedish parliament.

In India, since they are prohibited from holding protests, due to government-mandated lockdown guidelines, the teenagers and some even younger children have hopped online to participate in the strike.

Powered by technology, the young protestors are using techniques such as digital flash mobs, online interviews and pre-recorded performances and conversations.

A few students from the 'Nine Is Mine' campaign convened by Pratyek, are currently spearheading India's campaign under the leadership of Brother Steve Rocha, who organised monthly strikes called 'Climategiri' at the Jantar Mantar advocating for earth-centric laws, budgets, economies and lifestyles.

Brother Rocha while speaking to ANI, said that while the government is currently focussed on flattening the curve of COVID-19, "the bigger and irreversible curve is that of climate emergency".

"The focus of the world should be on COVID-19 right now but we cannot let go of a struggle which if we are not focussed on, we would be doomed after the curve is flattened," he said.

The participants in the online climate strike call themselves 'pro-activists'.

Rocha explains: "We are looking for activists but rather than talking about activism that seems to be against the establishment, we talk about pro-activity that brings along the establishment, challenges them and offers solutions."Calling the climate crisis 'a 'bigger one' than the pandemic, he said that the crisis would have an adverse effect on the people and the "biggest brunt would be faced by the poorer people as well as the children of the world".

While the world is a firm believer of the adage that children are the future of the world but, in the eyes of Rocha, that is most certainly not the case as the "children of today are bearing most of the brunt of indecision".

"People often feel that children must be the recipients of benefits, change and entitlement rather than co-actively being agents of change. In our campaign, we go by the words, of the children, for the children and by the children. The young citizens are not the future of the world, but they are the present who are facing the brunt of the present decisions and indecisiveness," stated Br Rocha.

He said further that if there are children's issues being discussed, it is pivotal that the children are in the loop as well.

But one wonders that should children be burdened by the problems of the world--more specifically, the depleting climatic condition, to which, Rocha weighs in and said, "The adult world has betrayed our present generation and we want the young people to stake a claim for your own present and your own future because the adult world is only focused on their own dreams."With regard to the importance of fighting for climate rights amidst the pandemic, he said that the time has gone away where one could say climate change, but now it is a crisis and an emergency.

However, amidst all the chaos of the climate crisis and the pandemic, Rocha feels a sense of pride when he sees children taking matters into their hands and fighting for their right.

"Today, we do see many people across the country, and it does give us pride to say wow! Something is happening; people are learning the language of child rights. The adult world too is also responding to it. We have proactive duty bearers who are recognising young people's agency and participation in change.""I think the world is absorbing and embracing the fact that young children need to be involved in the decision-making process," he said.

Vishal, who has spearheaded the climate strike in the country, despite being made to stay indoors, he has a message to give.

"The message I want to give to the government is just as COVID-19 pandemic is a serious issue, the climate emergency is way more important and very dangerous as well. If we do not care about it, we would be facing hazardous things in the coming future," said Vishal.

"We call these strikes in India 'Climategiri' to draw on the idea of positivity, spirituality, creativity and hope as we seek earth centred laws, budgets, economies, and lifestyles," said Vishal. (ANI)

DUBAI, UAE: Auction house Sotheby's Dubai will sell a black 555.55-carat diamond believed to be from outer space, known as ...

At $534 million, Rome's Villa Aurora highest price ever at auction

ROME, Italy: Villa Aurora, a villa for sale in Rome with a starting price of $534 million, was expected to ...

Buyers warm to Asian stocks, major indices advance across the board

SYDNEY, NSW, Australia - Stocks in Asia were on the boil on Thursday with the major indices across the region ...

LISTIKOT, Nepal Traders importing goods from China complain about the delayed shipments by Chinese authorities. The shipments supposed to reach ...

LOS ANGELES, California: Netflix has raised its monthly subscription price from $13.99 to $15.49 per month in the United States. ... 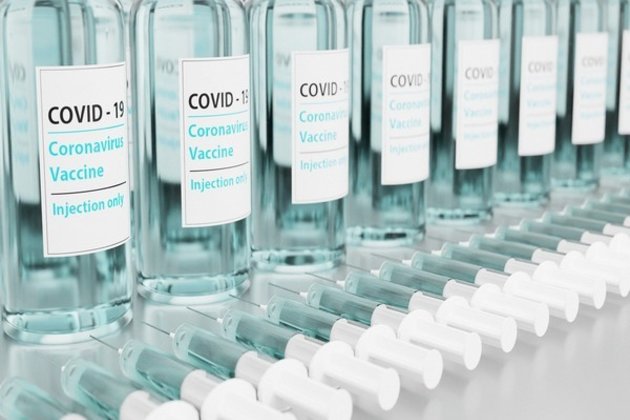 Boston [US], January 21 (ANI): A new study found that COVID-19 vaccination in either partner does not appear to affect ... 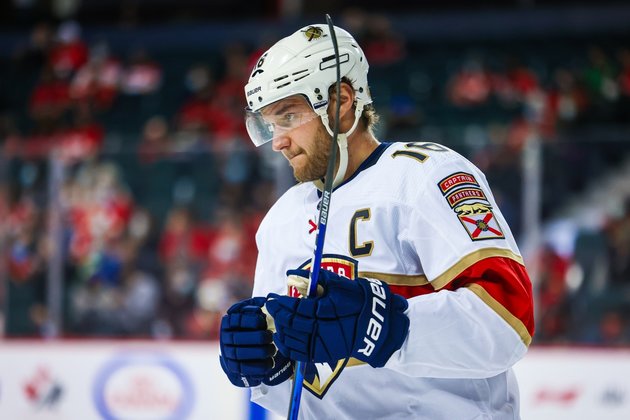 Facing the league-leading Florida Panthers on Friday night would be a tough task for the host Vancouver Canucks in the ... 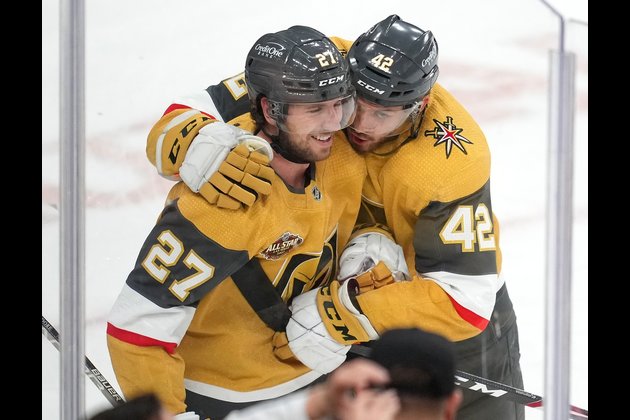 Shea Theodore scored at 1:50 into overtime as the Vegas Golden Knights snapped a three-game losing streak with a 4-3 ... 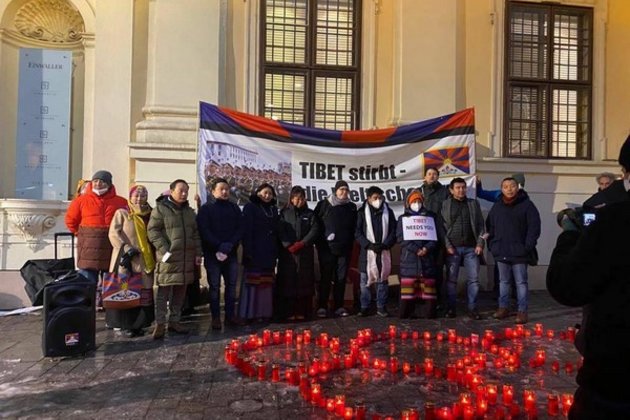 Vienna [Austria], January 21 (ANI): A rally was organized by the Save Tibet organisation in Austria for boycott of the ... 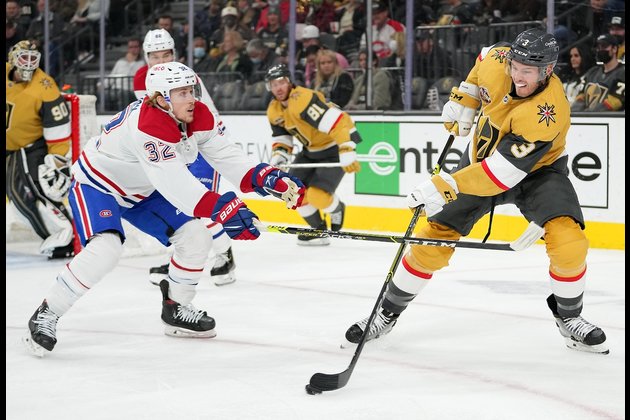 Shea Theodore scored at 1:50 into overtime as the Vegas Golden Knights snapped a three-game losing streak with a 4-3 ...

The Day the Earth Caught Fire