ST. JOHN'S, NL / ACCESSWIRE / July 11, 2019 / Sokoman Minerals Corp. (TSX-V: SIC) (OTCQB: SICNF) (the "Company" or "Sokoman") is pleased to announce that all necessary permits have been received and that the Phase 4 diamond drilling program contract has been awarded to Springdale Forest Resources. Drilling will begin this weekend or early next week, and the minimum 4,000 m program is expected to take about six weeks to complete. The Company is also pleased to announce that the on-going modelling of the Eastern Trend has revealed key features of the mineralization that have been incorporated into the planning for the current drill program.

Key features of the Eastern Trend mineralization include:

The modelling has significantly changed the approach for the Phase 4 drilling in that it now appears unnecessary to complete barge-based drilling on North Pond which would be more costly and time consuming. The newly recognized northerly strike of the trend means drilling to the west of North Pond can effectively test both the strike and up-dip potential of the Eastern Trend, while drilling to the east of North Pond can effectively test the strike and down-dip potential of the trend. Selected views of the Eastern Trend can be found at www.sokomanmineralscorp.com.

Phase 4 will consist of approximately 20 holes, each 100 to 350 metres deep with spacings between 25 and 50 metres. The focus is to extend the Eastern Trend to the north and south to try to at least double the strike length and also to extend the mineralization to depth. Drilling will start at the north end of the trend following up on MH-19-62 that cut 4.80 m @ 33.59 g/t Au from 239.85 m.

Timothy Froude, P. Geo., President and CEO, states: "We are eager to get the Phase 4 drilling underway given what we have learned since completing the Phase 3 winter program. Modelling has revealed details about the Eastern Trend that are critical in our planning for this phase. Our focus has been, and will remain, the Moosehead Project. We still await final permits for Clarks Brook, and will begin drilling operation there as soon as we receive final permits, which we expect in the coming weeks. This will certainly be a busy and exciting summer for our shareholders in that we will be drilling our two most important projects at the same time. We expect a steady stream of news on several fronts moving forward."

The summer 2019 operating budget has been pegged at $1.20 million of which $750,000 is planned for the Moosehead Project, with the remaining $450,000 spread between the other three projects, with Clarks Brook accounting for about $250,000. The Company currently has $2.55 million in cash in the treasury and does not need to raise funds for the upcoming programs. The Company wishes to extend gratitude to the Government of Newfoundland and Labrador for its continued support of the Moosehead Project through the JEA program.

This news release has been reviewed and approved by Timothy Froude, P. Geo., a 'Qualified Person' under National Instrument 43-101 and President and CEO of Sokoman Minerals Corp.

Sokoman Minerals Corp. is a discovery-oriented company with projects in Newfoundland & Labrador, Canada. The Company's primary focus is its portfolio of gold projects in Central Newfoundland on the structural corridor hosting Marathon Gold's Valentine Lake project (with measured resources of 1.16 Moz of gold at 2.18 g/t, indicated resources of 1.53 Moz of gold at 1.66 g/t and inferred resources of 1.53 Moz. of gold at 1.77 g/t (Marathon Gold Website) 150 km southwest of the Company's high-grade Moosehead gold project. The Company also has a 100% interest in an early-stage antimony/gold project in Newfoundland recently optioned to White Metal Resources, as well as a 100% interest in the Clarks Brook Gold Property, 35 km southeast of Moosehead. In Labrador, the Company has a 100% interest in the Iron Horse (Fe/U/REE) project.

Investors are cautioned that trading in the securities of the Corporation should be considered highly speculative. Except for historical information contained herein, this news release contains forward-looking statements that involve risks and uncertainties. Actual results may differ materially. Sokoman Minerals Corp. will not update these forward-looking statements to reflect events or circumstances after the date hereof. More detailed information about potential factors that could affect financial results is included in the documents filed from time to time with the Canadian securities regulatory authorities by Sokoman Minerals Corp. 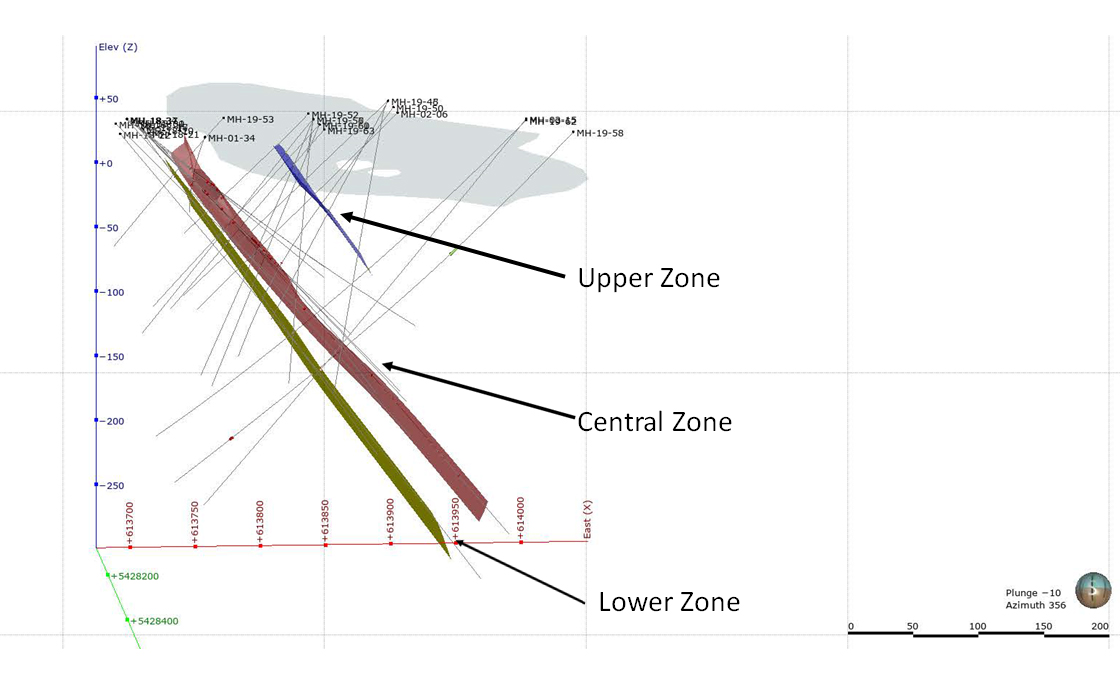 NEW YORK, New York - U.S, stocks ran out of steam on Thursday with fears about the worsening U,S.-China relationship ...

Chinese city of Nyingchi to see wave of new development

LHASA, May 27 (Xinhua) - Construction has begun on 40 key projects in the city of Nyingchi, southwest of China's ...

When this writer recently looked into the mirror and took a good look at how long his hair had grown ...

Are the Golden Days over?

As lockdown measures start to be eased in most countries around the world, the experts of The Conversation's global network ... 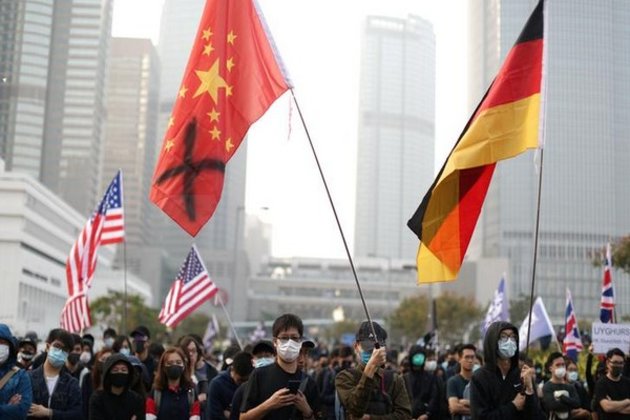 Washington D.C. [US], May 28 (ANI): US, UK, Canada and Australia on Thursday expressed "deep concern" over China's decision to ...

International Concerns Grow Over Rule of Law in Hong Kong 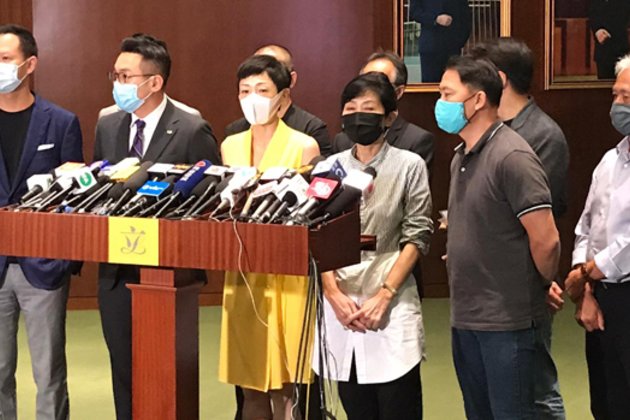 The passage through China's rubber-stamp parliament of plans to impose a draconian subversion and sedition law on Hong Kong sparked ... 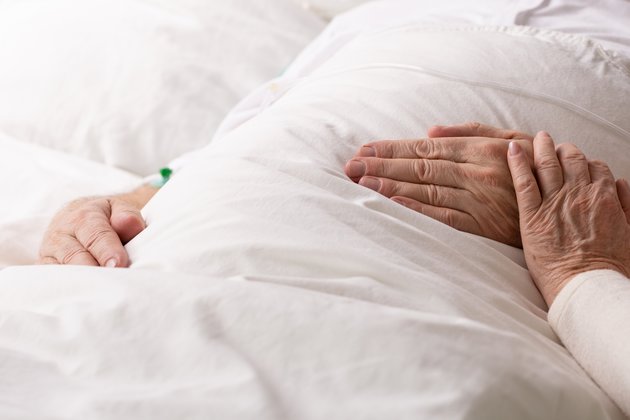 One of the most heartbreaking aspects of the COVID-19 physical distancing has been accounts of people dying alone in hospital ... 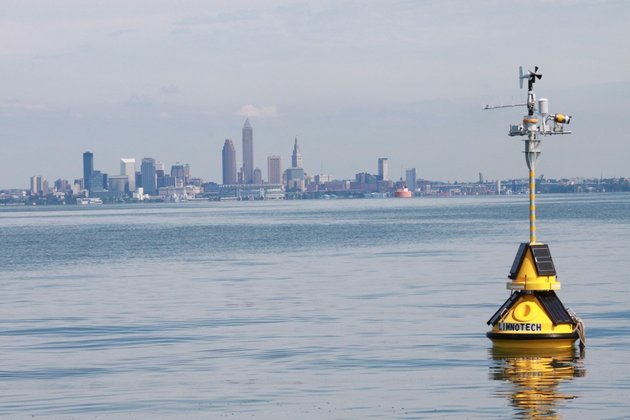 Smart home controllers, like Google's Nest Hub, are changing how we manage our home environments. Self-driving cars promise to revolutionize ...