Lab-grown dairy: The next food frontier 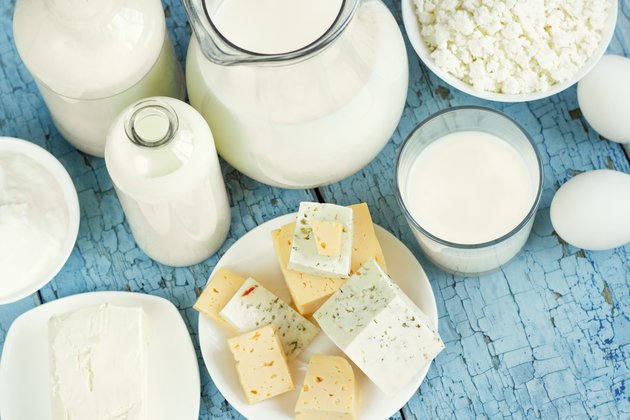 Lab-grown meat is getting a lot of attention along with plant-based meat substitutes. Technology is driving the industry toward providing alternatives to conventionally produced food products. Dairy proteins may be the next product produced in a lab, for use in fluid "milk" production and processed dairy products like yogurt and cheese, to name a few.

Winston Churchill predicted the rise of synthetic foods in 1931.

While it took longer than 50 years, his prediction is coming true with meat proteins and now dairy proteins.

What is synthetic dairy?

Perfect Day Inc., a California-based start-up, has recreated the proteins found in conventional cow's milk without the use of animals. The company developed a form of genetically modified microflora that produces both whey and casein through a fermentation process.

The approach can be loosely compared to the use of brewer's yeast to produce alcohol. Yeast is used in controlled environments to create fermentation byproducts and the two processes simply employ different yeasts for a different purpose and output.

Perfect Day says their product is the exact same as the protein found in cow's milk. Conventional milk is approximately 3.3 per cent protein, of which 82 per is casein and 18 per cent is whey. The other main elements are water, fat and carbohydrates.

Perfect Day has the technology to remake the small fraction of milk that is protein, arguably the most important component to produce other foods. The company suggests that its dairy protein is vegan and lactose-free, while providing the same high-quality nutrition as conventional dairy protein. This could have significant appeal for consumers.

Milk produced by dairy cattle is a versatile ingredient used in various products worldwide. More than 70 per cent of milk sold from Canadian farms in 2019 is used for further processing, leaving the remainder to be consumed as fluid milk.

It may be difficult to produce full-fat milks that mimic the taste and texture of cow's milk. Protein is just one component of fluid milk; milk fat is another, which would likely be the most difficult to mimic with plant-based alternatives. The structure of milk fat provides a specific taste and mouth feel when drinking milk, and this may be a tougher formulation challenge than creating proteins to be used in cheese or yogurt.

The early focus of Perfect Day's communication was on fluid milk - the kind we drink -but the company has shifted its focus to processed products.

Perfect Day has partnered with food production powerhouse Archer Daniels Midland (ADM), among others, to move towards full-scale production. The company is one of the world's largest agricultural processors and food ingredient providers with more than 330 manufacturing facilities in almost 200 countries. ADM supplies a vast list of ingredients for both human and animal consumption; synthetic dairy protein may be a perfect addition to their offerings.

Products such as yogurt and cheese are different than fluid milk, and may be more suitable for using lab-grown casein and whey. The synthetic proteins could be used to replace dairy milk ingredients or to complement them.

In yogurt production, for example, protein is often added to improve texture. There are differing proportions of milk components in various processed products. This means that fermented casein and whey proteins could augment or replace conventional protein ingredients. This is easier to do in products with high-protein ingredients.

That said, the potential use of animal-free dairy protein goes far beyond traditional dairy products such as cheese and yogurt. Hot dogs that contain milk powder and granola bars that contain modified milk ingredients are examples of the many foods that could use this alternative dairy protein.

Perfect Day CEO Ryan Pandya said last year: "We began to look into how we can use our protein to prevent stunted growth and malnutrition in the developing world." This suggests Perfect Day's focus is on providing ingredients rather than producing milk.

Some products aren't well-suited to this approach. Butter, for example, is made from milk fat and has almost no protein. We've long had a plant-based alternative to butter - margarine. But many consumers moved away from margarine and back to butter.

The Canadian per capita consumption of butter increased from 2.72 kilograms to 3.21 kilograms from 2007 to 2016. This increase in butter demand has led to an excess of milk protein in the marketplace in both Canada and the United States.

While it remains to be seen if these fermented proteins can be produced economically, their introduction into the marketplace could cause significant disruption to the dairy industry. The disruption would be due in part to switching some processed products away from conventional dairy proteins.

There would be additional disruption because of the change in relative demand for protein and other milk components. We would likely end up with more significant surpluses of proteins from both conventional dairy and synthetic production.

Many issues need to be resolved before these products arrive in our supermarkets. The economics of production have to work. Products need to be reformulated to incorporate the fermented proteins with other ingredients to replace the milk components.

The Canadian Food Inspection Agency currently describes milk as being produced by an animal. The U.S. Food and Drug Administration has not yet made a policy statement on classifying synthetic milk proteins.

Milk in Canada is also subject to a supply management system that includes quota for production.

Will synthetic casein and whey be subject to the same system? The regulatory environment will require significant clarification, and any changes will be vigorously debated by various interests.

Some consumers will highly value the fact that animals are not required to produce these proteins, creating a vegan, lactose-free product. There will also be a perception that synthetic dairy proteins will have a smaller environmental footprint.

Other consumers will likely have concerns that the proteins are produced using a genetically modified yeast.

Despite these uncertainties, we will likely see synthetic dairy products on grocery shelves within a few years.

LONDON, UK - Britain's Digital Secretary Oliver Dowden has told the House of Commons that by the time of the ...

SYDNEY, NSW, Australia - Stocks in Asia fell on Tuesday inline with overnight falls on Wall Street.Stocks rallied around the ...

The COVID-19 pandemic's toll on economic activity in recent months is only the beginning of the story. While the rapid ...

Even after more than four months on hiatus, the Los Angeles Clippers are not planning to push All-Star Kawhi Leonard ... 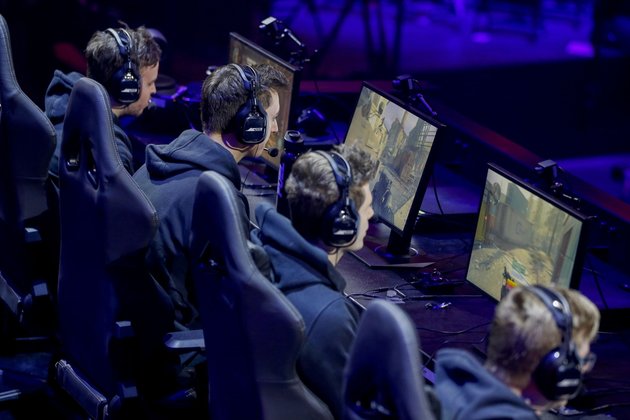 The Call of Duty League released the 2020 playoff schedule Tuesday, culminating with the championship weekend on Aug. 29-30. The ...

Canada must navigate U.S.-China tensions by staying true to its values 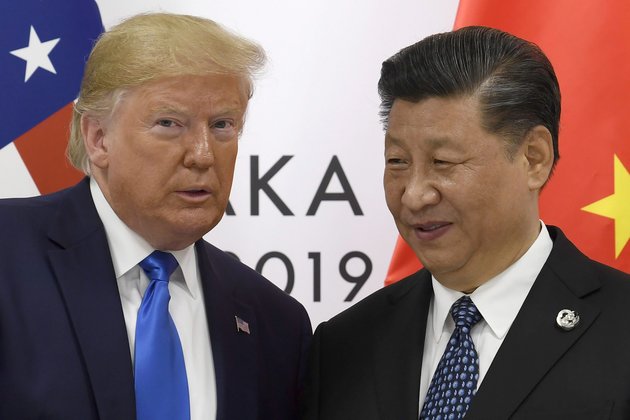 The Canadian government's inability to navigate the ongoing rivalry between the United States and China has exposed a striking dysfunction ...

Indigenous communities at increased risk during the coronavirus pandemic 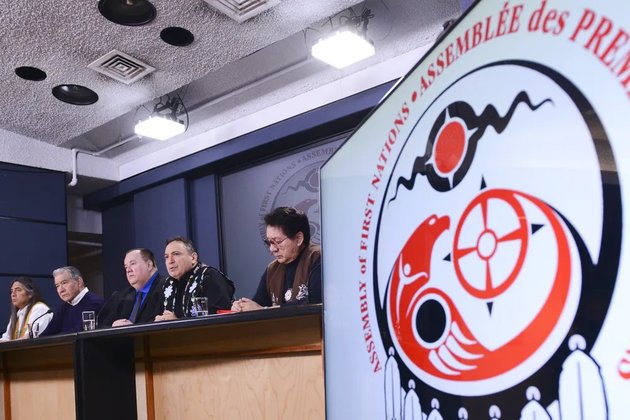 After implementing strict measures to protect themselves from COVID-19 and thereby asserting their sovereignty over their territories, First Nations have ... 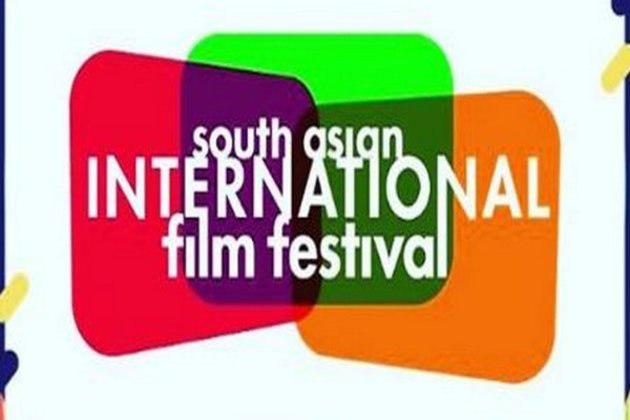 Even after more than four months on hiatus, the Los Angeles Clippers are not planning to push All-Star Kawhi Leonard ... 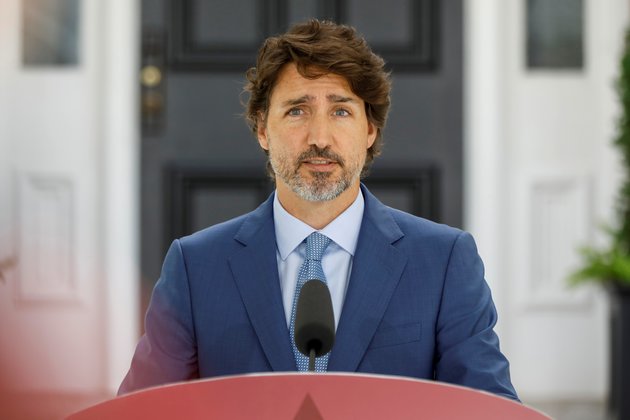 OTTAWA - Canadian Prime Minister Justin Trudeau apologized on Monday for taking part in a Cabinet decision to use a ...