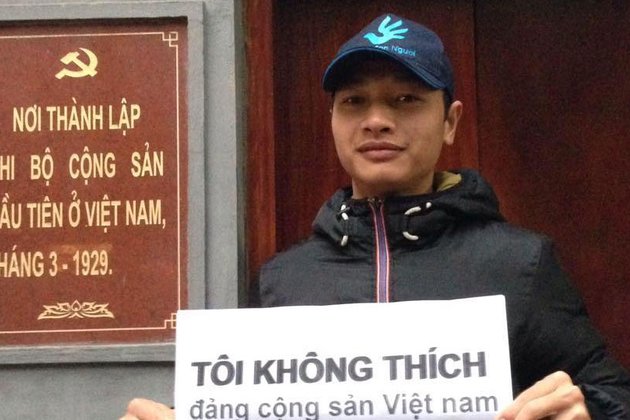 Hiding in Thailand, Vietnamese human rights campaigner Bach Hong Quyen fears hes in the cross-hairs of two nations: Vietnam which he fled two years ago to escape arrest for his activism, and Thailand which he had hoped would provide him sanctuary.

Quyen was instrumental in helping Radio Free Asia blogger Truong Duy Nhat, who disappeared in Bangkok in late January, make an ill-fated bid for political asylum. Suspicions that Nhat was abducted by Vietnamese agents with Thai cooperation have only deepened after RFA Vietnamese service confirmed on Wednesday that the blogger is in jail in Hanoi. That confirmation, provided by Nhats daughter, was the first word on his fate since he went missing nearly two months ago.

Nhats case has further eroded Thailands long-standing reputation as a haven for refugees in Southeast Asia. Foreign Ministry spokeswoman Busadee Santipaks declined to comment Thursday on the latest news on Nhat, beyond saying that the matter was being handled by Thai police.

I am at the moment very worried for my safety and my familys safety, Quyen, 29, a husband and father of three young children, told RFA in an exclusive interview. Although he has U.N. refugee status which should protect him from arrest and deportation, he says he now lives in hiding, separated from his family to escape detection.

If the Thai government arrests me they will definitely give me to Vietnam, he said.

His fears are rooted in what happened to Nhat, a prominent critic of the Vietnamese government whom rights activists suspect was detained by Thai authorities at a shopping mall on the outskirts of Bangkok and handed to Vietnamese agents. He was a weekly contributor to the Vietnamese service of RFA, a U.S.-funded broadcaster.

Bui Thanh Hieu, a popular Vietnamese blogger who lives in exile in Germany, alleged in a March 10 posting on Facebook that Thai police had taken Nhat to a bar outside Bangkok where Vietnamese personnel bundled him into a vehicle and drugged him--an account that was repeated by two rights activists who are familiar with Nhats case. RFA was not immediately able to verify the details of that account.

Thailands government says they are still investigating the case, which has drawn strong expressions of concerns from U.S. congressmen. The response from the Trump administration has been muted. The administration has generally steered clear of tough criticism of the human rights record of Asian allies like Thailand and Vietnam, which last month hosted a U.S.-North Korea summit.

For his part, Quyen says he feels like a marked man because of his inside knowledge of Nhats disappearance. He said he helped him find accommodation in Bangkok and submit his application for asylum with the office of the United Nations High Commissioner for Refugees in the Thai capital on Jan. 25--the day before he disappeared--and has some insight into what compelled the prominent writer and well-connected government critic to flee Vietnam in the first place.

Thais want to 'erase all evidence'

Nhats daughter, Canada-based Thuc Doan Truong, said that her mother and Nhats wife, Cao Thi Xuan Phuong, was informed by prison authorities that Nhat was arrested by Vietnam onJan. 28--two days after abduction in Bangkok. He is now being held at Hanois T16 detention center. Phuong has not yet been allowed to visit him.

"It's clear that my father did not voluntarily go back to Vietnam," Truong said.

Quyen articulates his own fears related to this high-profile case in chilling terms--that Thai police and Vietnam want to erase all evidence in Nhats case to cover up what happened. He cites concerns expressed by human rights activists that the governments of Vietnam and Thailand, which holds its first elections this weekend since a 2014 military coup, may exchange dissidents each are reportedly seeking in the other country.

At the moment, I cant live with my family because I know Thai government is following my wife to trace me, said Quyen in the interview which took place before word on Nhats fate emerged. RFA agreed not to disclose the time and location of the interview because of Quyens concerns for his safety.

We have not lived together for about 10 days. My wife yesterday told me that some policemen parked their car near the building where my family stays. Yesterday evening, someone knocked on the door and went in to check if I was in but they could not find me so they left. They told my wife that they were building security but they did not wear uniform, they wore plain clothes, said Quyen.

He is seeking urgent resettlement in Canada, which has emerged as the leading destination for asylum seekers as the United States has drastically reduced the numbers of refugees it accepts.

Quyens March 2 appeal for asylum to the Canadian government, a copy of which was obtained by RFA, pleads: I am currently in an extremely dangerous situation.

RFA called the number listed on the website of Vietnams embassy in Bangkok to seek comment on Quyens allegations that Vietnam wants him deported. The number did not appear to be functioning.

Thailands immigration authorities denied any knowledge of any efforts to deport Quyen, who had originally fled to Thailand in May 2017 because of an arrest warrant issued by Vietnamese police the previous month for disturbing public order after he organized a march to mark the anniversary of a 2016 waste spill that polluted the coast of central Vietnam. The environmental disaster sparked major protests.

"We dont have this Bach Hong Quyen in our system. He was not received here," Pol. Col. Tatpong Sanawarangkoon, the supervisor of the deporting section of the Immigration Bureau, told BenarNews, an RFA-affiliated online news service. He said he could not comment on Quyens claim that Vietnam had sought Thai police help to go after him.

Although Thailand is not a signatory of the 1951 Refugee Convention it has been traditionally been viewed as a hub for refugees fleeing war and oppression in neighboring countries.

Instances of refoulement--or the forcible deportation of refugees or asylum seekers with a legitimate fear of persecution--have in fact been relatively rare from Thailand since it sent more than 100 Uyghur Muslims back to China in 2015, sparking an international outcry. But refugees still face a precarious situation. Nearly 10 percent of the more than 5,000 U.N.-registered persons of concern in Thailand are currently languishing in immigration detention.

Rights group Reporters Without Borders last week said that following a raid on Quyens home on March 1, it fears Thai authorities could allow Vietnamese agents to abduct him.

We urge the Thai government to respect the status of Bach Hong Quyen and his family as refugees and to stop intimidating Quyen in any way, said Daniel Bastard, the head of RSFs Asia-Pacific desk.

Aside from the obligation to respect the fundamental rights of an individual whose only crime was to have informed his compatriots, Thailands credibility on the international stage is stake, he said.

Quyen has been living in Thailand with his wife, Bui Huong Giang, and their daughters Bach Yen Nhi, 6, and Bach Gia Han, 3, and 6-month old son Bach Joseph, who was born in Thailand.

He says he has no regret for assisting Nhat, who told Quyen he had fled Vietnam because he feared he would soon be arrested. Nhat also confided that he was privy to insider information that could have proved damaging to Prime Minister Nguyen Xuan Phuc and Communist Party General Secretary Nguyen Phu Trong--information that he had intended to publish once he found asylum in another country.

Quyen explained that he was no stranger to harassment for his activism in Vietnam.

When I was in danger, many people had helped me, said Quyen. When Truong Duy Nhat told me that he was in danger, its normal as a Vietnamese and an activist to help a friend who used to be jailed for what he wrote in his blog and now is in danger.

I dont regret what I have done, Quyen added. Im in danger but at least Im still free. 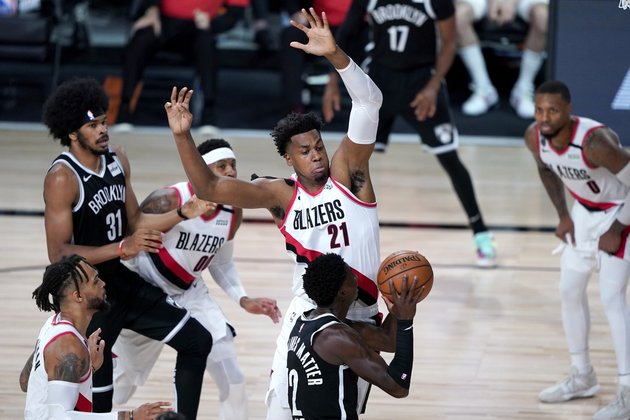 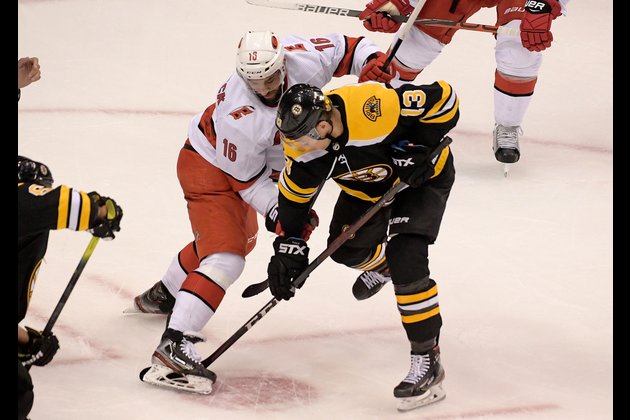 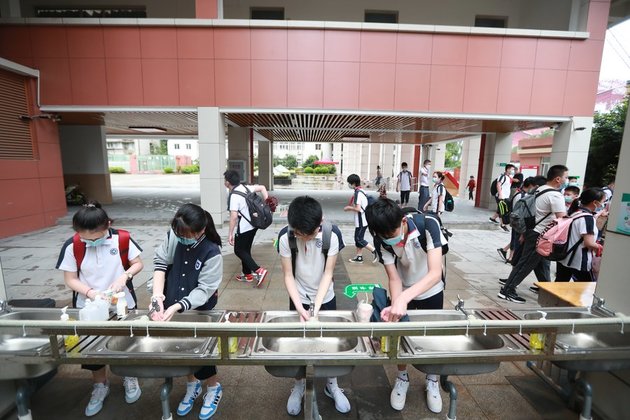 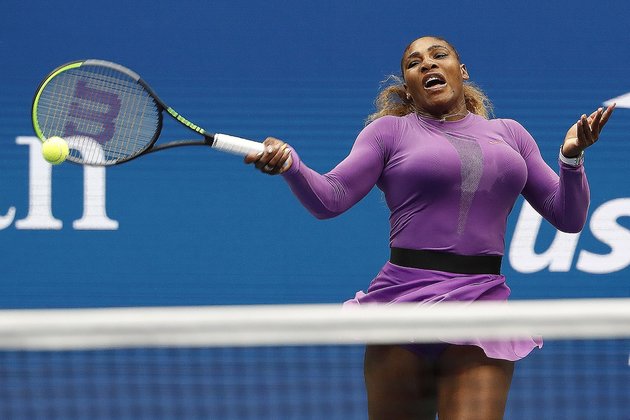 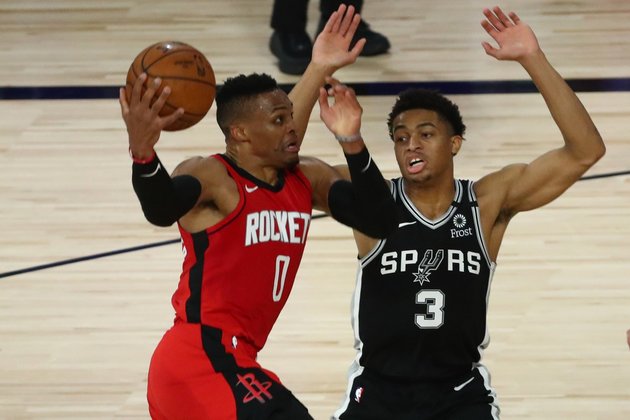 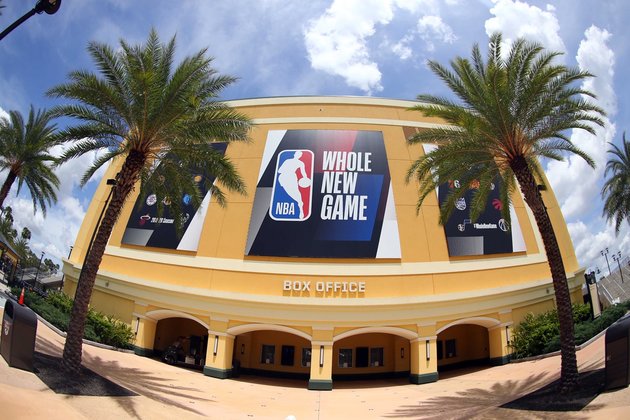 The first round of the NBA playoffs will kick off with four games on Monday. The NBA announced the schedule ...